Several members of the CDE design team got together last week to test out the new Skype 5.0 Video conference feature. To use the feature at least one of Skype users must have a premium account (or have paid for a day-pass) and all members must have upgraded to the new version of Skype. There is currently a free 7-day trial being offered.

We had up to five users on at the same time, all with full audio and video. Four of the users were logged on from the CDE office so they were sharing the bandwidth. Some were on wireless and some were plugged in directly. I called in from Juneau using my own ISP.

Since I had the premium account on our first test I called everyone. I was the only one who could then add new users. We disconnected and Susan called me and then we were both able to add users.

Video conferencing takes a lot of bandwidth and we experienced many occasions when one or more video feeds seemed to lock up for different viewers. It required the users to toggle on and off the video feature. 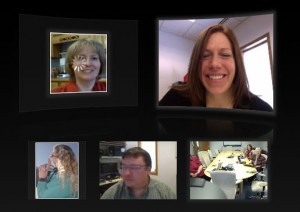 In this example, Carol and Heidi on the left top and bottom had their video locked up and skype reverted back to their profile image. Audio didn’t seem to be effected.

One interesting feature is that the screen dynamically changed depending on who was talking. As one of the users spoke, their image moved to the top so it was constantly changing.

Because the video was problematic, it was determined that if this was going to be used with students, bandwidth requirements would have to be further tested. From past experience, one-to-one video works great but as you begin adding different users the stability diminishes.

Heidi enjoys working with content experts in developing eCampus courses to provide alternatives for students. Her other interests include faculty training in best practices for eCampus and researching eCampus tools to help fulfill learning outcomes. Having worked in the distance education arena for over 20 years, she has a wide range of experiences in supporting students and faculty as technology and pedagogy evolve.

I am an instructional designer working at UAF eCampus. Welcome to this site where I will be sharing what I find and what I think. Your comments are welcome! 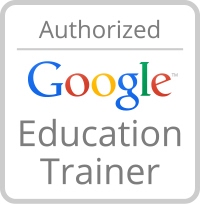